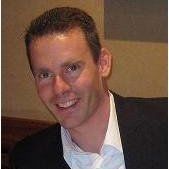 Mr Hennessee is SVP Litigation, Investigations & Regulatory Affairs at Airbus, where he leads the Group’s global activities in these areas. He also serves as Chairman of the Governing Body of the ICC Court of International Arbitration and as member of the Global Finance Committee. In a three year hiatus from Airbus, Mr. Hennessee was VP Public Law & Technology of Halliburton (2013-2016) and previously a lecturer at the Toulouse Business School in law and public policy. He has previously practiced law in Germany and in the United States on behalf of institutions including the German Government and private law firms. Educated at the University of Göttingen, Germany, the London School of Economics and SMU Law School, he holds degrees in history, economics/econometrics, and law. He is a trustee of Houston Grand Opera, a cancer survivor-mentor, Fellow of the Robert Bosch Foundation and Phi Beta Kappa. Mr. Hennessee is a Fellow of the Royal Aeronautical Society and the winner of the ILO Award for Litigation ǲIndividual of the Yearǳ for 2009. He has published over sixty articles on various legal subjects and is currently a doctoral candidate in international comparative law. Mr Hennessee is also a Fellow of Royal Aeronautical Society.

Karl’s speech will target mastering compliance due diligence in M&A transactions. His presentation will call on audience participation to help draw out some principles to be applied to maximize effectiveness and protect a deal where possible.