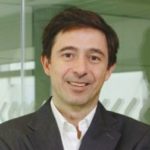 He started in the Telefonica Group in 1999, in the financial department during the IPO of Terra Networks. He assumed responsibilities in controlling, strategic planning and M&A.  In April 2001 he moved to Miami in the Business Development department of Terra.

In 2013 he went to Sao Paulo with Telefonica Internacional. In 2014 he assumed the direction of Local / Regional Capabilities of all Business Intelligence & Big Data in Telefonica S.A. Within his responsibilities, we could find the definition and design of the strategy of BI & Big Data capabilities and its correct implementation. Some of these capabilities are Big Data platforms, Real Time Decision, Datawarehouse and Campaign Manager. He was also leading the Advanced Analytics global team (big data scientist/engineers profiles within the team), in charge of the development and evolution of the main advanced analytical models, its implementation in the countries, the first case uses and the capacitation of local teams so they can work independently.